Brought up in an intensely musical environment, Eamonn De Barra’s talents were evident from a very early age, as were those of his siblings. The Young Traditional Musician Of the Year 1999, he already has a formidable reputation as a live performer, although he is barely out of short pants.

Having toured Ireland many times and performed with such traditional icons as Paul McNevin(fiddle) and Mick Kinsella(Harmonica), Eamonn is also a regular visitor to both mainland Europe and the U.S. and has just returned from touring Japan with his supertradstar group, ‘DeBarra’. No stranger to television appearances, Eamonn is a favourite of Pat Kenny on the Late Late Show, and scarcely a night goes by where it is not possible to spot him on TG4 (terrestrial Irish t.v. station).

He has also performed with jazz group ‘Kanda’ and is currently working on a follow up album to the phenomenally successful CD ‘The Flying Pig’ which he recorded with master musicians Daire Bracken(fiddle), Mick Broderick(bazouki) and Aogan Lynch(concertina), collectively known as ‘Slide’. Away from his gruelling musical schedule, Eamonn can often be seen sleeping at parties, playing his nose, fretting about his hairline or purchasing Barney the Dinosaur merchandise (allegedly for the children of friends). 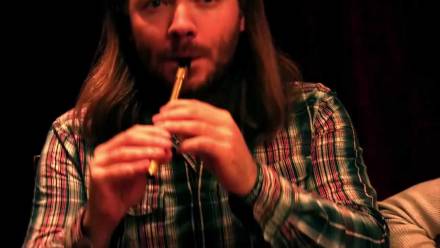